(Note: I never deliberately spoil anything that I consider a major part of the plot, and I always double check to see how much is revealed in the official blurb to know what major things are already revealed and not. However, there might be minor things that certain people could consider spoilers, so read on at your own risk.

Also – this book draws heavily on many aspects of Judasim, a subject I am not well versed in. So I apologize beforehand if I use any form of wrong terminology in this review.)

Plot in short: Two murders with apparent religious connotations lead detective Gray to research ancient Hebrew manuscripts, whilst making professor Tobias Serebrennikoff run from the police. All the while he’s trying to uncover the truth about his grandfather.

The longer version: A rabbi is found dead at his home, and detective Gray is sent to investigate. A message written in blood on his forehead leads the detective to turn to Jewish experts in Hebrew scriptures for help. Another murder, that of Professor Tobias Serebrennikoff’s former boss, a murder which shares similarities with that of the rabbi, forces professor Serebrennikoff to run from the police in a panicked state. The professor uses his time on the road away from the police, as a pilgrimage and an excuse to investigate his unknown grandfather’s life. 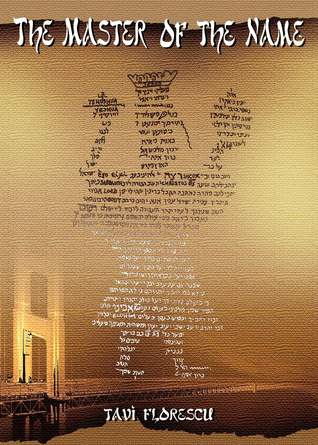 Review: As with many of my reviews, I don’t know where to start. There’s so much I could write about, yet so little space (and time), to do it in. (So go read the book!)

Let me start of bluntly – this book is very good! As you might have gauged from above, a lot the mystery in this book is entangled in old Hebrew manuscripts, in history, in language, and in the numbers behind it all. This book has a lot of it, and it’s really well done. I feel like Tavi could give Dan Brown a run for his money, and if you’re a fan of Brown’s books you’ll definitely love this one.

Then there’s the crime and suspense parts, the murders, whodunnit and all that. I thought I had it figured out for a while, (and I kinda did), but I hadn’t. The ending was so much larger than I thought. This part is obviously the main bulk of the plot, it’s what drives the story, and the mysteries drip in now and then, giving us leads and providing clues.

Then there’s professor Serebrennikoff’s pilgrimage. As he runs from the police he decides to dig up his familiy’s history (specifically that of his grandfather, who was a monk). It’s a neat little side plot, there’s a little soul searching, some romance, and it really adds a lot to both of the other parts of the book.

In truth, he whole book kind of felt like a 3-in-1 type of deal, and it was magnificently put together.

But my absolute favourite part of Tavi’s book was the storytelling and the language. I found the book to be very poetic, but not in an overly pompous kind of way (which I would have hated, though I respect some people enjoy that). There was just something about the words that were used, how the sentences came together that gripped me. I couldn’t put my finger on an example, it was more of a feeling I had.

Then there’s the storytelling. The book is written as a first-person narrative with a third-person account fitted in the middle. So it starts off first-person, then there’s the whole plot of the book (third-person), and then it ends in first-person. And it was really well executed. The book became so much more than… just a book. There were circumstances around the book itself that made it more interesting, exciting and not at least more mysterious. A great way to tell a story.

I highly recommend this for anyone who loves mystery novels about codes, language, numbers, and murders, but also if you’re particularly interested in history and religion. Fantastic book!

Make sure you check out the book on Amazon, and be sure to drop by Tavi Florescu.

2 thoughts on “The Master of the Name by Tavi Florescu”