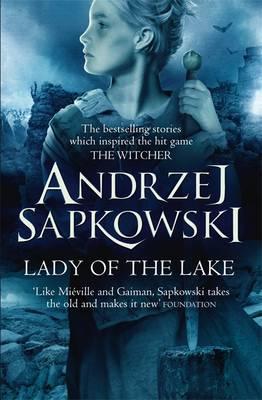 There we have it. The Witcher series is over. Finito. Done. And I feel empty, but in a good way.

I don’t know how much I should say about the plot. Ciri’s part of the adventure is remains in focus, with Geralt, his companions, Yennefer and everyone else trying to catch up. There’s a lot of jumping back in forth, most in place, but some in time, and it’s… it’s magnificent.

Sapkowski’s fantasy is of a different caliber. There’s something old school about it, something grounded and comfortable. Much of it feels like a fairy tale, the kind I grew up with, but at the same time it has those qualities we all love from Lord of the Rings and Game of Thrones and whatever else your favorite fantasy might be.

Also, it’s vast. It’s the kind of series I want to start reading from the beginning again straight away, because there’s just too much. Now that I’ve gone through it once, I want to hear the same story again while knowing who everyone is, knowing what’s going to happen and to live it again.

It’s a great series. I recommend it highly if you’re interested in fantasy. It’s special. And of course, I’ve been playing the game (Witcher 3) simultaneously, and that’s also great. If you’re into games, I recommend that as well. Now I’m just waiting for the Netflix show, and my life will be complete.

I feel like I could talk about this for ages, at the same time I’m at a loss for words. If you like conspiracies, romance, magic, monster hunting and prophecies, you should read this. You should.