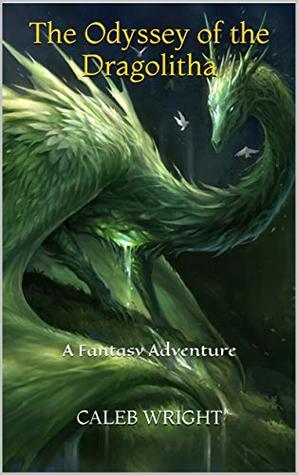 I won the audiobook version of this book in a giveaway, which was amazing because I never win anything. Also, free book! So here’s the review!

This is the first indie audiobook I’ve ever listened to and I realized that I don’t really pick up on names very well. Of anything, characters, towns, nothing at all. Usually I can just google the book and get an overview of names and spelling but I can’t really do that here, and I’m too lazy to listen to the audiobook to get those, so sorry.

But the plot is simple: a group of 5 adventurers are given mythical superpowers, and become The Dragolitha, a group of magical-dragon creatures. They are thus destined to save the world from Zero, our evil villain. You know, it’s the usual, they get powers, learn to use their powers, fight enemies, grow closer, and all in all they become heroes. I liked that all the five characters were so different, so varied, distinct to one another. And they’re powers played different parts, playing off each other, like a gang of Dragon Power-rangers.

The book is different from the fantasy I usually read. It’s light, it’s easy, it’s fluffy. It’s funny and casual. It felt like I was reading a J/RPG, where everything just a tiny bit crazy. The heroes are powerful and unafraid, and you get a sense of there not being a whole lot of risk. This actually bothered me a bit at first, but when you get used to it, when you expect it, the book gets better. And like I said, this book is funny. I love when a book can make me laugh.

Wright has crafted a gripping and intricate story, which was fun and and exciting to read and he should be proud of that. However, the book was a bit short, (and as much as I love a short book, because we all know how incredibly long fantasy novels can get), this was maybe a bit too much on the shorter side, at only 2 hours for an audiobook. And the ending… well, I definitely expect Wright to make a series out of this.

All in all, a great fantasy debut and a fantastic audiobook! I was really excited to listen to my first indie audiobook, and I’m happy to say it was very good. I loved the production, the narrator was great, everything made it sound and feel like any other book. It actually made me want to start the process of making my own writing available in that format.