This is a slightly different one. It’s a collection of four stories, told by a group of friends in a pub, The Red Grouse. I’m not quite sure if this is a gimmick, or if it’s meant to be true that Leslie sat with this people and recorded these tales (it’s kind of written like that in the forword), but regardless, I always doubt that ‘true’ stories are in fact true.

There are four stories, The Little Dog, The Crow, The Golden Tup, and The White Hart.

The Little Dog: This one is about a guy who works in forestry, and every day takes a ferry with his colleague and drives up into the mountain to chop down trees. The story is dragged out over a bit more than a week, and every morning and afternoon, they drive past a little dog. Our protagonist likes the dog, feeds him, and generally looks forward to seeing him, whereas the colleague, who’s an insufferable bastard in general, doesn’t. Without trying to spoil to much, the story twist towards our bastard colleague being suspected of a crime, which also involves the dog.

This was probably my favourite of the four stories. It’s quite a thriller for a while, until the end (which I really didn’t like, or get, though I understand what was implied). It’s quite a long story, (the longest I think), and it’s highly descriptive, and often drawn out (as are all of them). I find this type of writing is VERY hit and miss, because if all the descriptions and added information isn’t very relevant, I become very bored. But I’ll put that on me, just not my style.

The Crow: This one is about a boy who goes to visit an old Irish priest, on his death bed, and for some reason (which I didn’t get or can’t remember), want the priest to tell him about a guy called Reginald Monday, a person who our protagonist learned about in school. The whole story is basically just the priest telling us about Reginald’s life, from he was young until he died. I found none of it interesting at all, I was waiting for something (anything!) to happen, and realized too late it wasn’t going to. The priest, as I said, is Irish, and his written with a very heavy accent. I don’t mind it, it was very well done, but it gets very tiring to read when it’s constantly, and how come no one else has accents? Seems this is often the case (in all writing), that we just highlight people with thick/heavy accents), and leave everyone else speaking the Queen’s English.

Also, the priest can’t remember our protagonist’s name, so he calls him “young what’s’yer’name”, which is fine, but he does it constantly, in every other sentence. No one speaks like that, do they?

The Golden Tup: This was my second favourite! It’s about a young couple who buys a farm and tries to live off the land, and it’s told from the perspective of their neighbour who visits them regularly. Things are fine to begin with, until ‘Gabriel’ starts helping out the young couple. Mrs Neighbour doesn’t know who Gabriel is, and she’s lived in the valley for years, so she finds this strange. And he’s never around when she’s visiting. As the couple’s relationship starts unravelling, a journal found outside in the barn, reveals that ‘Gabriel’ might be much older than first thought, and that there’s been weird things going on at the farm for years.

This was a much more pleasant read than The Crow, it read like a thriller/horror story. Again like the first one, it’s quite long, quite extensive, with lots of descriptions, lots of thoughts about the things that are going on. I’m not saying those things shouldn’t be an integral part of any novel, I just feel like they should serve a purpose – but again, I’ll take that upon myself that it’s a thing I don’t like.

The White Hart: This, like The Crow, felt like a whole lot of talking about nothing. It’s told as three separate incidents, all part of one story, about a guy who saves a deer, then meets a girl at a chapel, and then sees a girl in a forest. The implication is that the ghost of the last girl, is the deer, and that the girl from the chapel asks the guy to save the ghost’s soul. Or something. Most of it drown in the guy just ogling the girl and thinking about her beautiful curves and what he’d like to do to her. 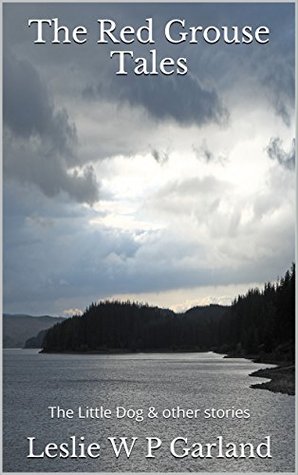 To conclude – two pretty decent stories, and two that were for me, not so much. I felt like all of this was written a bit too much as if it was told to you in a pub (which obviously is the deal). For example, very often a person would be referred to as he/him/his and then it would clarify in brackets behind who the person was. This happened a lot, and made it harder to read. If it’s not clear who we’re talking about, just use the name in the first place. It also happened occasionally with words, as to explain them in brackets, with a simpler synonym. At this point, I think you just need to have some more faith in your readers.

Anyway – I recommend you go check these out, see if you can appreciate them more than me, I always hope people can prove me wrong when I’m not satisified myself, though the two I liked were really good.