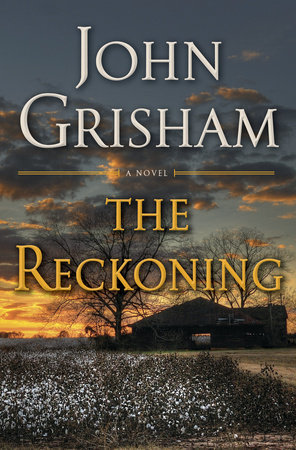 Pete Banning wakes up one day, eats his breakfast, get his affairs in order, and decides to shoot his pastor. He then goes straight to the sheriff.

What follows is an elaborate court case, a family drama, and a story of the terrible conditions of war. A truly fascinating tale.

I hadn’t read any John Grisham before this, though I felt like I had. It’s one of those names, one of those authors who’s so famous that you swear you’ve read something of them, even if you can’t think of what that might be or name any of their books. So it was entirely random that I picked up The Reckoning. I recognized Grisham’s name, thought the book sounded interesting, and figured I’d give it a shot.

The first thing that struck me is Grisham’s particular writing style. It’s all telling, with hardly any showing. Instead of having characters interact with each other, through actions and dialogue, Grisham kind of just… tells you. He tells you what was said and done, how people react and counter-react, and what the outcome is. Grisham doesn’t tell you a story – he just shows you how it all played out. It’s a different kind of storytelling, a relaxed, almost soothing kind, but it works. I like it, and it’s a good way of telling a lot without bogging the reader down with too many chapters.

It probably helps that the story is good. The initial murder is quickly over, and it’s the court case and Pete’s motives that become the center of attention. It had me hooked from the start. All the little details in the preparation for the trial, the elaborate nuances in picking out the jury, deciding on a defense, consulting with Banning in his cell – it’s fascinating.

Then, as we move onto the second half of the book, we jump back in time to when Pete was younger, when he fought in World War II, and we learn who this man really is and how he became the man who committed the crime. It’s a very well executed story, if you can get past the way it’s told.

Then, the third and last part of the book focuses on what happens after the trial – how Pete’s friends and family all react to what he’s done and what’s going to happen to him. His children come home from big cities far away, and they try to accept what their father has done. And maybe, just maybe, we figure out the truth? *cue intriguing stare*

What was perhaps most surprising to me, is that I myself have written a very similar book, without ever hearing about The Reckoning before. In my first novel, The Consequence of Loyalty, we follow an FBI agent who one day wakes up and decides to shoot his boss, in cold blood, only to surrender immediately. The comparisons stop there however, and I don’t mean to turn this review onto myself, but I was naturally very intrigued by the almost identical plot. Having never even heard about this book or even remotely been aware of the plot, it’s weird – but maybe not surprising? – that I’ve come up with such a similar thing myself.

Grisham writes a very satisfactory kind of book. It’s instantly intriguing, and the mystery keeps evolving at a steady, unwavering pace. If you’re also interested in the historical aspects of World War II – which are incredibly detailed and well-written I might add – then this book is definitely for you.

Oh, and if you do love this book, please check out The Consequence of Loyalty. They are eerily similar.