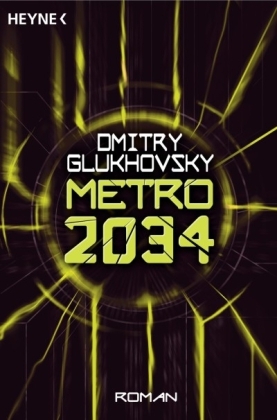 As soon as I was made aware of the video games series based on these books I knew I had to read play them and as soon as I’d played them I wanted to read the books. Well, after reading book 1, Metro 2033, which I review here, I couldn’t wait to read this second installment.

This book doesn’t follow any of the same characters as in book 1 (though some are mentioned) and even though it’s set in the same universe, it feels very different. It doesn’t have that same philosophical, thought-evoking kind of prose that made Metro 2033 so special.

Instead, there’s more action. Much more. We follow Hunter and Homer on a journey through the Metro. Similar to Artyom’s adventure in book 1, but also very different. Hunter’s goal is to investigate rumors at one of the stations deep in the metro – Homer’s is to write a story about it. To write the histories of what has happened to the world after the fall of civilization. Watching them learn to trust and work with each other is what drives the whole book – and it’s really good!

In one sense, this completely change from book 1 makes this book simpler. It has another tone. It’s easier on the mind. It’s a more straight-forward and fast-paced Get-to-here-while-avoiding-the-bad-things adventure. At the same time, it’s more direct and you know what you’re getting. There’s not as much hidden meaning you have to worry you might not be understanding. There’s more real risk. More conflict. Also, a proper ending.

Compared to book 1, it’s both better and worse. If I hadn’t started with the first book, I probably wouldn’t have found this as interesting. If I’d never played the games, it would probably be even less so. But it did make me want to carry on and read the last book in the series, Metro 2035, which I’ve already started.

Oh, and I want to play the games again. If you’re into video games and like post-apocalyptic stuff I can highly recommend them! But maybe read the books first – I’ve never tried it that way around.