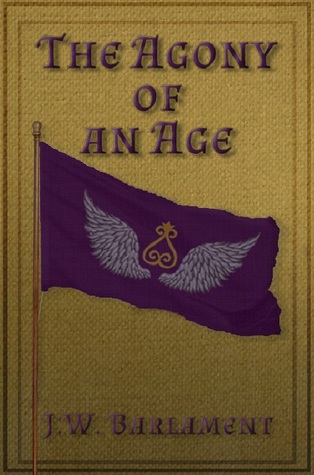 This fantasy epic is a three-in-one novel, with three separate stories following different characters on three different adventures. The stories are, in short:

First – Rahdain, an immortal soldier is reluctantly forced to lead a final charge as the head of an army, together with Seivar the Deathless.

Second – King Hallmund, after losing his Queen, also loses his city to an uprising and must flee. We follow him on his journey to retake his throne and topple the rebellion.

Third – Reolus and his family are fleeing for their lives from Tamerssan, the vicious and psychotic leader of a crazed warband. As they flee through the forest they team up with a group of hunters, and Reolus must do anything in his power to save his wife and three children.

All these stories happen in the same universe, referring to the same kingdoms, the same people, and the same gods. But other than that, they are disconnected. There are no living characters that cross over, as far as I noticed at least, and these stories are separate. Though I do love short stories (although I’m not sure these three stories can be considered short), I would love to have seen more of a cross-over, of consequence and events bleeding over between the separate stories.

Barlament has made a huge effort to create a vast world, and I don’t say that lightly, because this book is long. The language is beautiful and well-written, but I felt like I didn’t manage to connect to well with the characters.

Of the three stories, the third was my favorite, because in this one I could really understand what was at stake – I could understand the worry, the danger, the hopelessness. In the first two, though I grasped the story, I’d liked to have seen more. Maybe if there had been some continuation between the stories, or if the book had only been one longer story, I’d have time to get fully invested. I felt like when I finally got to understand the characters, the story was over and we were on to something new – there wasn’t time for me to get truly invested.

But don’t misunderstand, Barlament has created a massive fantasy epic in The Agony Of An Age, one that I’m sure fantasy lovers will come to enjoy.